Uta, Poppa, and the Discovery of Reality 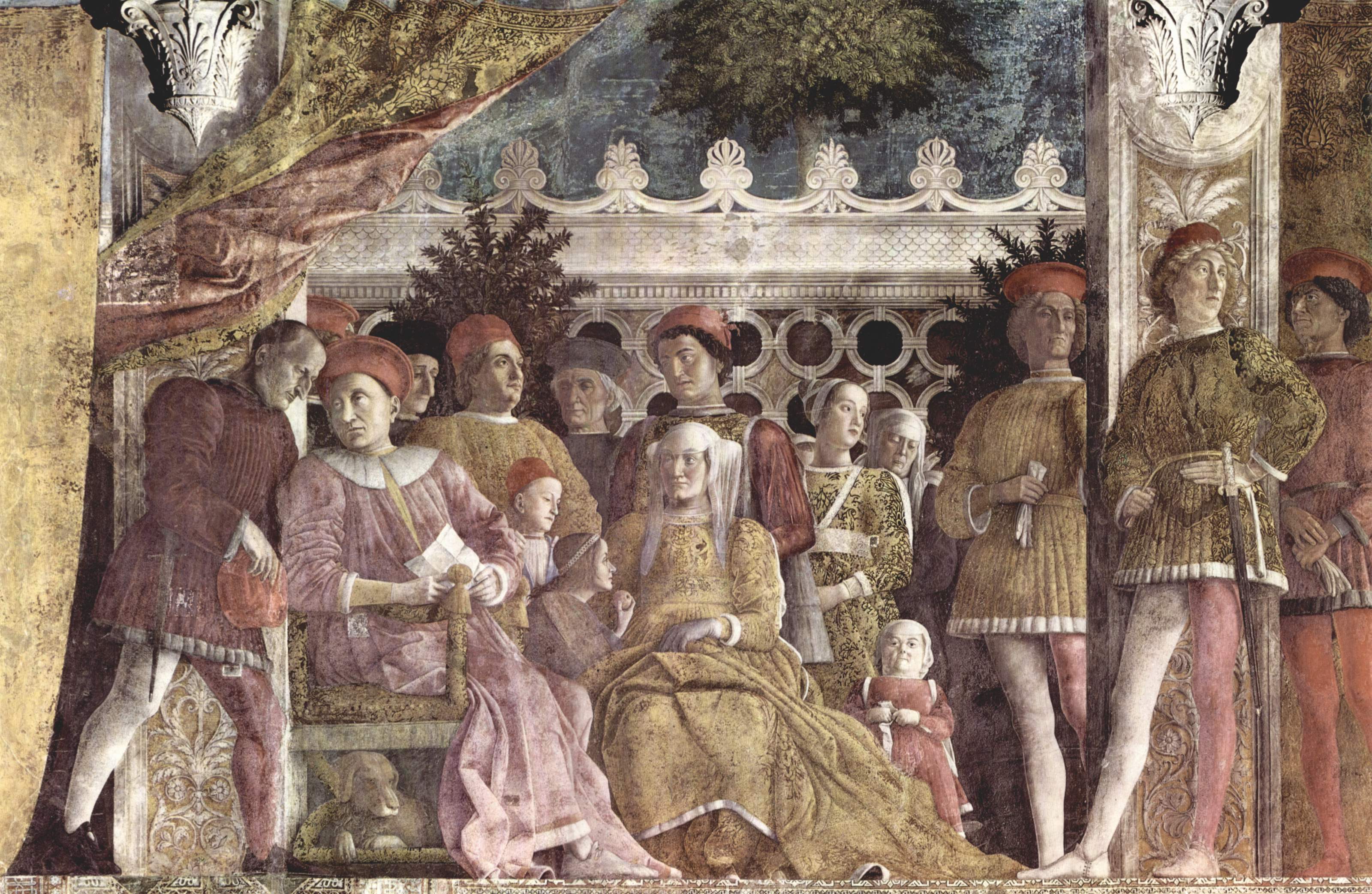 Uta often said that her parents were the greatest influences on her life and art. Specifically in the theater, she credited Herbert Berghof (her husband and partner in HB Studio) as well as Harold Clurman (who first directed her in The Whole World Over in 1947 and later directed her in A Streetcar Named Desire in the national company and on Broadway). In his book, Art Epochs and Their Leaders, Uta’s father, Oskar, spells out “The Discovery of Reality” in Chapter 2. The words and thoughts could have come from Uta, but, in fact, they came from her father(Uta was 6 when he wrote this).

...the great Andrea Mantegna painted on one of the walls of the bridal chamber in the palace at Mantua the entire court of the margrave Ludovico Gonzaga [ca. 1470,Mantova, Castello Sforzesco]. The most complete reproduction of daily life was his goal in this.

It looks as if the flat wall were transformed into a terrace that extends far to the rear, to which one ascends on steps from the right. On the left side, the wind blows a curtain into the room. Family and courtiers are on the terrace. The margrave has just received an important letter. He turns rear ward over the back of his armchair to his secretary, who has hurried forward with zealous officiousness, and gives him definite instructions, the content of which must be of especial importance; for the margravine, who sits in the center of the terrace, where she has just been playing with her children and has given to little Paolo an apple (at which he looks down not without disdain), now follows with attentive gaze what her husband has to say to the secretary.

To the right, on yonder steps, some cavaliers are greeting each other. The one has just stepped in through the half-drawn portieres, two of the margrave’s followers hasten toward him with cordial gestures. Nevertheless, access to the terrace appears not to be permitted unconditionally to every one; at any rate another cavalier, who also wishes to enter through the portiere is being stopped half-way by a page. Of course the double event — the letter and the visit — has attracted the attention of some gentlemen of the court looking at the margrave, others at the scene on the steps.

Only a few persist in the ceremonial passivity which had evidently been universally prevalent until the two incidents had brought animation into the group; it is those who stand so far to the rear that they have not yet noticed anything of the two happenings. Only the female court-dwarf, who from her point of vantage might have been able to observe something, seems to insist upon preserving her dignity. Small as she is — she hardly reaches to the knee of the margarine at whose right she stands — she compresses her lips indignantly and stands as stiffly erect as a sentry presenting arms.