Born in Germany, Uta Hagen moved to Madison, Wisconsin, at the age of six. With the exception of several interruptions for study in Europe, Ms. Hagen received most of her schooling in Madison, her home until age sixteen. After training briefly at the Royal Academy of Dramatic Arts in London, she made her professional debut in 1937 in Dennis, Massachusetts, as “Ophelia” in Eva Le Gallienne’s production of Hamlet. In 1938 she made her Broadway debut as “Nina” in the Alfred Lunt’s famous production of Chekhov’s The Sea Gull. She married José Ferrer, whom she met while playing summer stock, in December of that year. Following her marriage, Ms. Hagen starred opposite Paul Muni in Key Largo, and in Vicki. From 1943-45, she played in the legendary production of Othello with Paul Robeson and Ferrer. She played for the last time opposite Ferrer in the City Center revival of Angel Street. 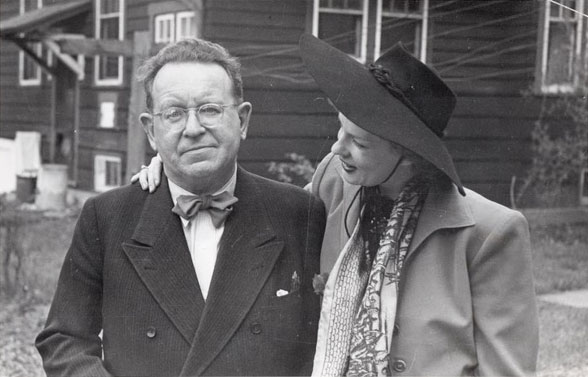 In 1947, Ms. Hagen played on Broadway with Herbert Berghof in The Whole World Over, and that fall she became part of the faculty at The Herbert Berghof Studio (HB Studio) where she taught until the end of her life. Since joining the faculty, she trained many outstanding actors of the American stage and screen. Her 1948 role as “Blanche DuBois” in the National Company of A Streetcar Named Desire with Anthony Quinn met with phenomenal success. The following year, she succeeded Jessica Tandy for the Broadway run. In 1950 Hagen won her first Tony Award, The Drama Critics’ Award and The Donaldson Award for her portrayal of “Georgie Elgin” in Clifford Odets’s The Country Girl.

In 1951 she starred in Shaw’s St. Joan; in 1952 with Walter Matthau in George Abbott’s production of In Any Language; in 1953 the road tour of The Deep Blue Sea; in 1954 The Magic and the Loss with Robert Preston; and in 1955 with Laurence Harvey in Ugo Betti’s The Island of Goats. Ms. Hagen married Herbert Berghof in 1957 and played opposite him in the City Center production of Tovarich. Through the 50’s and 60’s they toured together in The Lady’s Not For Burning, The Affairs of Anatol, and Cyprienne (Divorçons) by Sardou. At The Phoenix Theater, she played “Natalya” in Turgenev’s A Month In The Country and Shen Te in Brecht’s The Good Woman of Setzuan. She won her second Tony and Drama Critics Award in 1962, for creating the role of “Martha” in Albee’s Who’s Afraid of Virginia Woolf?. In 1964, she won the London Critics Award for the same role in the English production. 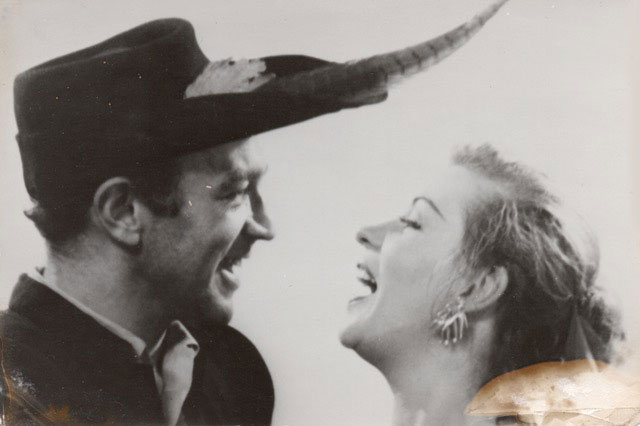 Her other theater credits include “Lyuba” in the APA production of The Cherry Orchard at the Lyceum Theater. In 1980, under the direction of Mr. Berghof, Ms. Hagen returned to Broadway in Charlotte by Peter Hacks. Later she toured with it to regional and college theaters. In 1985 and 1986, she played in Shaw’s Mrs. Warren’s Profession at The Roundabout Theater and You Never Can Tell at the Circle in the Square on Broadway.

Ms. Hagen made several television appearances, including Playhouse 90, Kraft Theatre Play of the Week, CBS specials, guest appearances on The Long Hot Summer, Lou Grant, The Twilight Zone, and The Home on PBS’s American Playhouse. Ms. Hagen received an Emmy nomination for a four-day guest shot on One Life To Live. In addition to her work in television, she has appeared in the films The Other, The Boys From Brazil, The Doctor’s Story and Reversal of Fortune.

Ms. Hagen is the author of Respect for Acting, Love for Cooking, Sources - A Memoir and A Challenge for the Actor. She has received honorary doctorates from Smith College, DePaul University and Wooster College. During 1981-1983, she was inducted into The Theater Hall of Fame and the Wisconsin Theater Hall of Fame. In July 1986, Ms. Hagen was awarded the Mayor’s Liberty Medal along with The John Houseman Award and The Campostella Award for distinguished service in 1987. 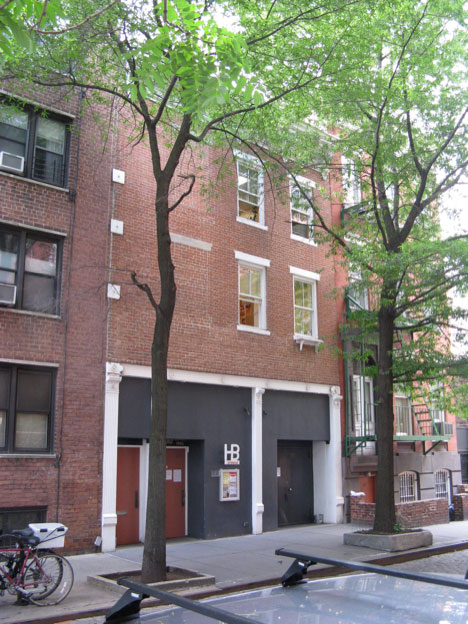 After the death of her husband in 1990, Ms. Hagen concentrated on reorganizing The HB Studio and The HB Playwrights Foundation in accordance with his wishes. She continued to appear in many of the HB Foundation’s productions. She played the title role in Nicholas Wright’s Mrs. Klein, a production that won great critical acclaim during its 1996-1997 run at the Lortel Theater. In 1997, she toured with Mrs. Klein with major appearances in San Francisco, The Kennedy Center in Washington, D.C., Stamford, Connecticut, and Chicago. For her work in Mrs. Klein, Ms. Hagen won the Obie Award and several lifetime achievement awards. In 1997, Ms. Hagen celebrated her 60th anniversary in the theater.

In 1998-99, she starred in Donald Margulies’s play Collected Stories Off-Broadway and at the George Street Playhouse in New Brunswick, NJ. In 1999, Ms. Hagen was honored with a special Lifetime Achievement Tony Award. In what was called by the New York Times the finest theatrical event of that year, Ms. Hagen starred in a staged reading of Albee’s Who’s Afraid of Virginia Woolf? at the Majestic Theater on Broadway as a benefit for the HB Playwrights Foundation and Theatre Endowment. The event co-starred Jonathan Pryce, Mia Farrow and Matthew Broderick. She later starred in a similar reading, with Peter Gallagher taking over for Broderick, in Los Angeles.

2000 found Ms. Hagen starring in Collected Stories at The Stratford Shakespeare Festival in Ontario and at the Saidye Bronfman Theatre in Montreal. In 2001, Ms. Hagen starred in Richard Alfieri’s Six Dance Lessons In Six Weeks, which co-starred David Hyde Pierce. The play, a World Premiere, was staged at the Geffen Playhouse in Los Angeles, where it pulled in record audiences for more than 3 months.

In March 2003, Ms. Hagen was awarded the National Medal of Honor for the Arts. She was
honored, along with the other recipients, in a gala ceremony at the White House.